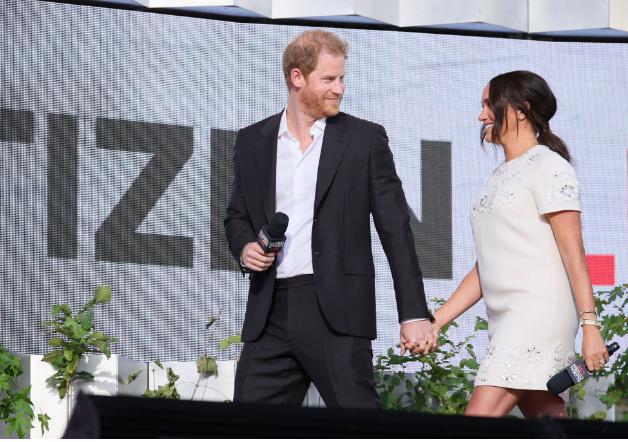 During the recent visit of the Sussexes in New York, reports were saying that Prince Harry and Meghan Markle got into a massive fight that led to the couple's short separation.Prince Harry and Meghan Markle recently visited New York for their special appearance on Global Citizen Live on September 25. The Duke and Duchess of Sussex held a speech as the concert advocates" "for COVID-19 vaccine distribution to countries in need," per Vogue.The source expressed their appearance in the US as resembling what they also did in the UK, where they were "paying respects at memorials, meeting with elected leaders, visiting at-risk and vulnerable people, a mix of both raising awareness and donating funds." Aside from that, they also had a fantastic night out at the Carlyle Hotel's Bemelmans Bar, for a difference.

However, one story claimed that the couple had gone through non-stop bickering during their whole New York trip.

Inside The Day-Long Argument

In Touch via Suggest reported that along with those professional meetings and being all smiles in front of cameras, an insider leaked that they were miserable on their alone time.The source stated that before they appeared on Global Citizen Live, they went through an "explosive argument" regarding their first daughter, Lilibet's christening, which was described to be a "sensitive topic."

They even reported audio caught their fight as their tour was recorded for what seemed to be a TV show, adding, "What started off as Harry voicing some concerns spiraled into the nastiest fight they've ever had."As evidence supported the report, the source